We are being asked to report any of these species which are found in and around the Loughborough and Charnwood Forest area.

Please send in all records of any of these species that you find: Japanese Knotweed and Floating Pennywort are noxious invaders while Danish Scurvy-grass is of interest. Harlequin Ladybird records are also required.

Japanese Knotweed – is now recognised as being the most pernicious weed in Britain. It was introduced to Britain around 1830 as a desirable garden plant and is an example of the dangers of such introductions. It was recommended for naturalising in the shrubbery, forming dense clumps of 6-8ft. high canes, large heart-shaped leaves and many tiny white flowers (see photograph). It is able to sprout from the smallest fragments of root so digging it out is next to useless and it expands its whole root system which extends downwards several metres. By the early 1960’s it was found from Land’s End to the extreme north of the Isle of Lewis. It spreads rapidly, smothers everything else where it grows and is very difficult to eradicate. It is not poisonous, contrary to some reports. Please report all examples you may see including small and inconspicuous colonies so that appropriate measures can be taken. 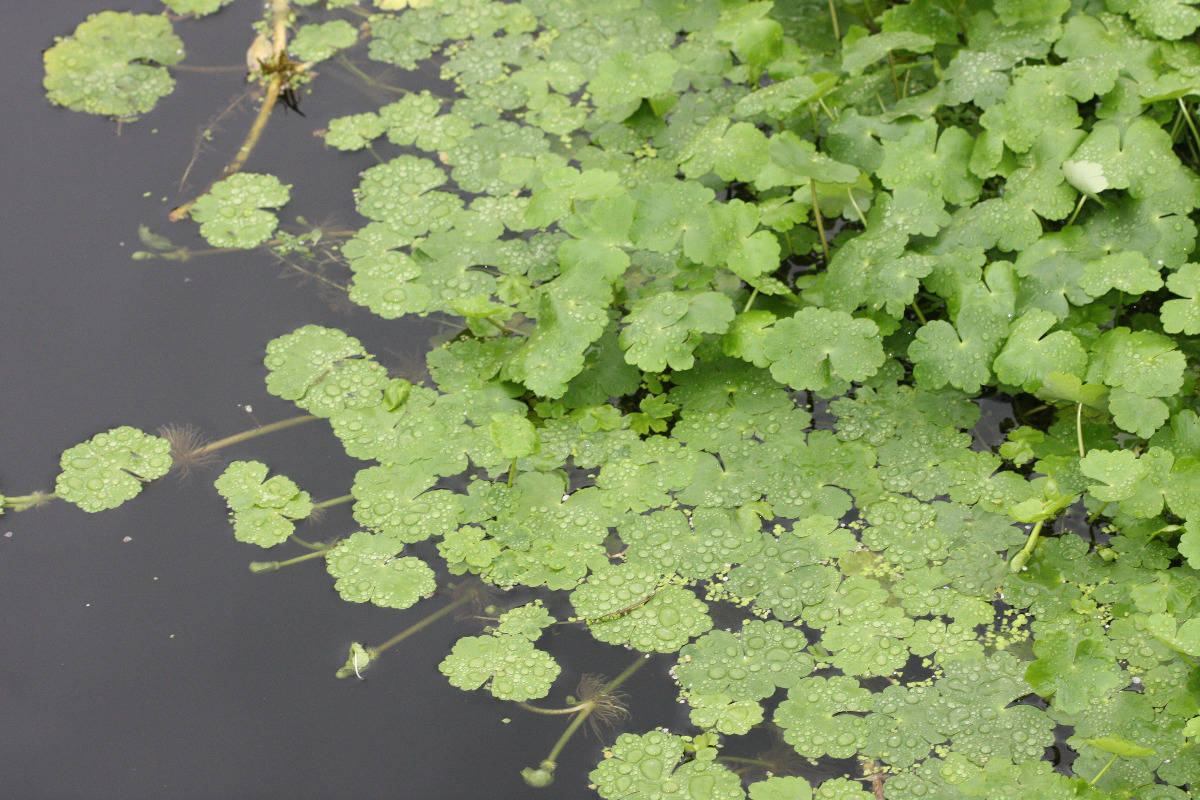 Floating Pennywort – Japanese Knotweed took one hunded years to become an invasive weed in these islands. Floating Pennywort, Hydrocotyl ranunculoides, a native of North America, since first reported in 1991, is already doing serious environmental damage in many tens of sites in England. Sharing with Japanese Knotweed the ability to reproduce itself from the tiniest plant fragment and thereafter to grow with alarming rapidity, it is likely that further spreading will occur at a substantial speed. In 1991 there were only 35 reports on infestations, mainly in the southern counties. The number of sites by 2003 had increased to over 90, and there is no reason to suppose that such a rate of increase is not continuing. Rooting in the marginal mud of a watercourse, a single node of a single stem is enough to start into growth a vast mat of tangled vegetation which can be up to 1 metre in depth. Shoot extension during the season can be 30 cm daily and the overall mass can extend as much as 15 metres in the summer. Such rapid growth and the sheer plant bulk gives rise to many problems. Water de-oxygenation results in the death of fish and invertebrates. Floating islands of vegetation break off and can block sluices, causing flooding. It has been suggested that the decline in Water Voles has exacerbated the spread of this pest. 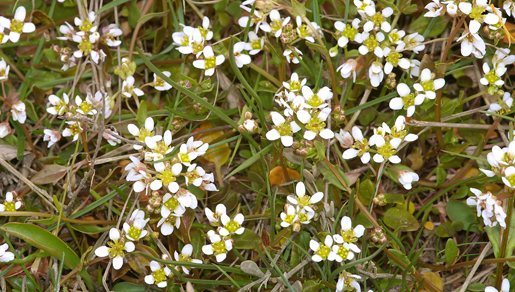 Danish Scurvy-grass – Danish Scurvy-grass was confined to the coast and a few inland railway sites, but in the late 1980’s it started to appear along the edges os main roads, mostly on the central reservation. It now occurs on the M4 and M5 as well as many others including the A74 in Scotland. It speedily builds up colonies several miles long and is most visible in March and April with its profusion of small white flowers. It occurs in these places partly because of the salt used in winter and because of the stony habitat and spreads owing to the turbulence caused by fast-moving traffic. It is not a noxious invader since little else grows in these places and cannot spread to better quality habitats because of its dependence on salty environments.